We slipped in another at years end.  Make it 22. 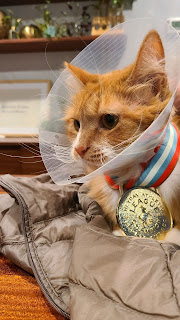 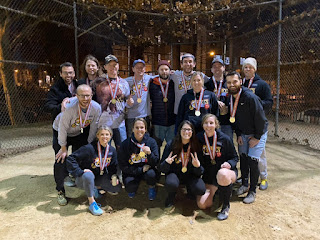 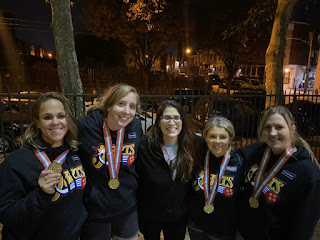 Take a close look at that team pic.  Glassman made a coaching appearance, ringing that shame bell left and right.  He almost caught a line drive down third base line while coaching a runner...then promptly limped to the bench as he pulled his hamstring jumping for the ball.  Shit never changes.

Somehow we found ourselves in the finals again...this time against our frenemies Kiet's team Rekickulous. I might be spelling that wrong and I apologize.  I honestly thought they had our number, and they were going to beat us outright.  It looked like that initially, but didnt end as such.  There was little joy for me winning our 21st against good friends we've known for years and years.  Unlucky.

Here are some snaps from Halloween as well. The best of all games.  Leanne wins for cat lady.  And we had an imitator. Nice. 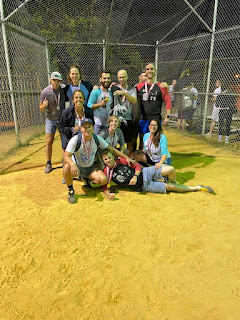 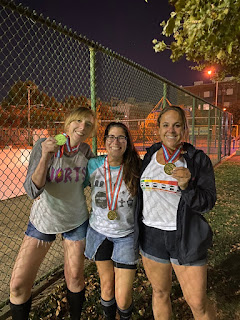 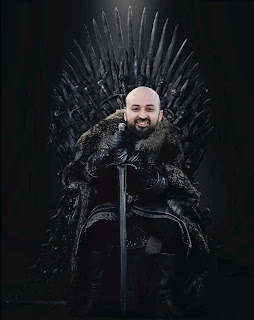 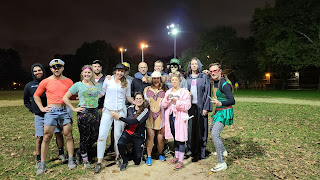 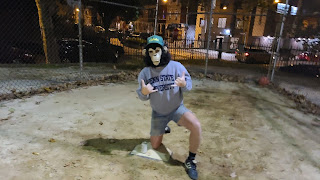 Bob's sister, 7 years ago, gave him a monster bottle of Blue Label as a house warming gift. So it was only fitting that on the last night of ownership, Bob and I finished off the remnants. Somehow, through all that time, especially with all the gatherings, the Game Of Thrown watch parties, the multitude of Jorts players living there, Zack, me living a block away, Crotty, and especially with Bob being absent for a year to the great white northwest, this bottle remained unfinished. The house was creaky, and tight up top. The backyard was claustrophobic and still had popcorn ceilings on most of the second floor. It only had one bathroom, as most of these 100 year old townhouses in Fairmount tend to have. His basement was a unfinished portal to hell. It was perfect. We built his wooden dining room table down there. We waxed our skis and snowboards down there (or maybe just I did). It became the jumping off point to so many projects that needed an unwreckable concrete floor. And the plants. Plants could not stay alive in that house, no matter how hard he tried...or didnt try. Anyway, we partied with Bob in that house. We partied without Bob in that house. It was most affectionately deemed The Thunderdome. It is the end of an era. Thunderdome, I salute you. 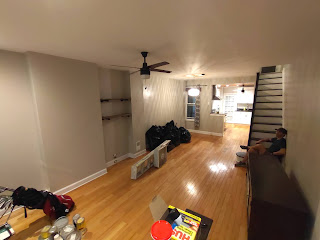 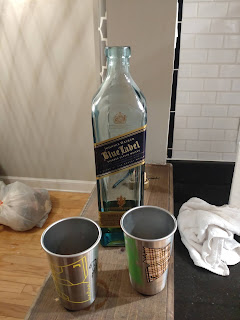 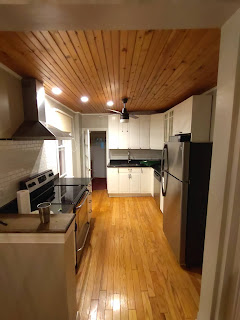 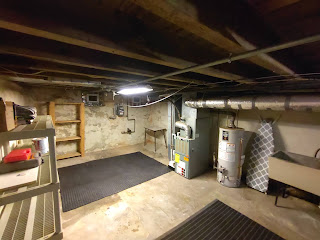 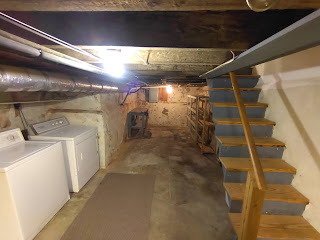 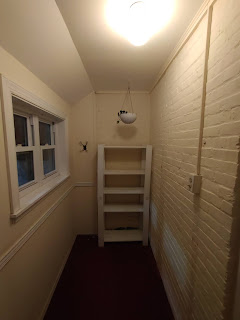 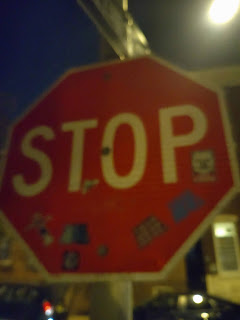 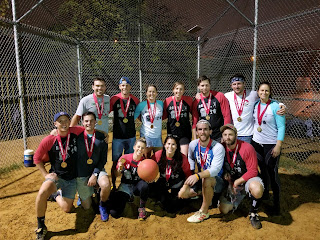 There is little joy in beating our parallel team Rekickulous.  We came out firing and swung for the fences on a damp, soaked, and muddy field.  We stole another championship like a thieves in the night.  From our count that was the big Two Oh.  20.  Twenty cups.  Truthfully thats a crazy number.  To all the Jorts that came before, and probably the very few that will come afterwards....that win was for you.  Well, for most of you.  Especially all you ghosts out there.

On a side note, whoever made those brownies that Rekickulous tossed at us...those were delicious! Someone knows how to bake!

This year we've lost a lot of old faces.  On the other hand, we picked up a lot of new players to fill the gaps. The growing pains are real, but we've managed to stay competitive.  Damn we are old.  Number 19 everyone.  Another squeaker of a final. 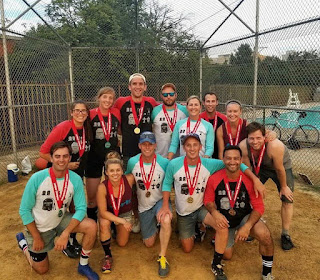 Its Been Two Years Since The Last Post?!? Good Lord!!

Hhhhmmm...its been...awhile...anyway, we rotated skippers, and added 2 more championships.  We've added teammates and subtracted teammates.  Hell we've even had interim teammates from other teams...Im not sure how long this ride is going to last, but hopefully until at least we hit 20 'ships. 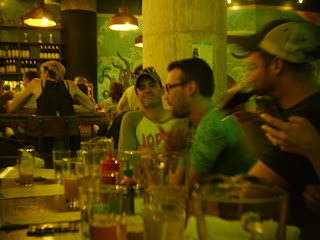 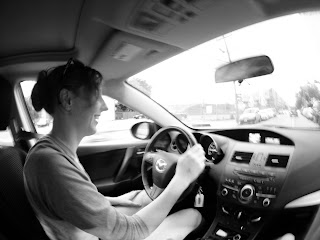 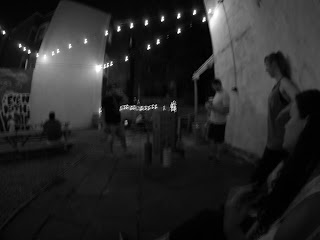 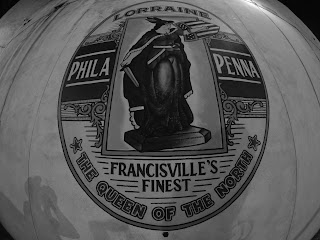 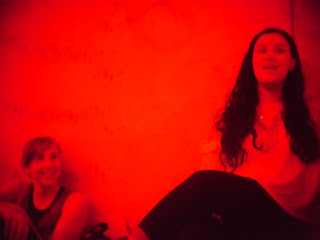 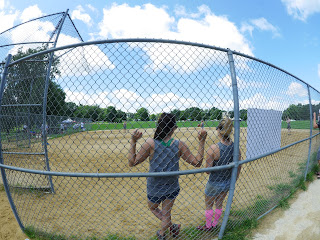 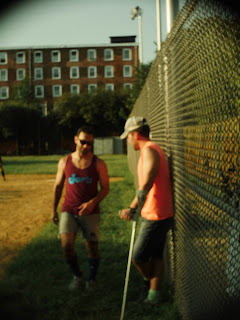 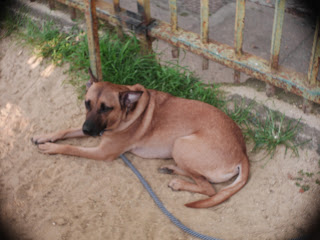 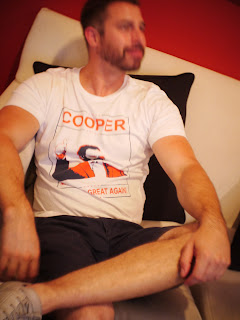 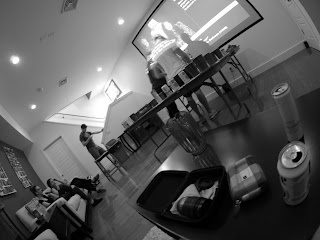 We slipped into the finals after Walkfest 2017, where both teams walked in a ton of runs in the final innings.  The ball was literally a big red egg, and with the field being the lumpiest thing this side of my pants.  Pitching straight was near impossible.  Anyway, we played Kiet's team in the finals, and squeaked out a win for number 16.  Congratulations to Kiet's team, who've quickly become a force to be reckoned with.  I'm sure we'll be seeing you again in the post season in the coming months.  I'm also sure that probably after an argument on a close foul ball or after someone getting run over at first base, our teams will become arch enemies.  So we have that to look forward to as well.  On another note, I've seen my first pair of pink jorts....damn! 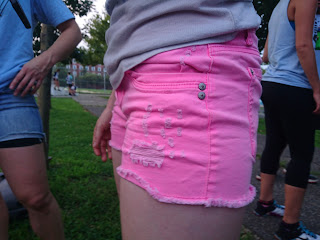 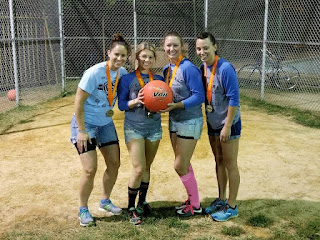 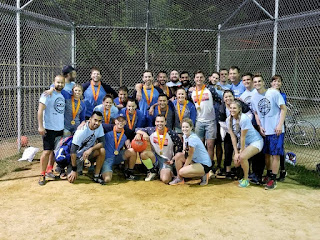